I  seem to be lacking the ability to do those last little finishing touches that actually complete a project. Two projects have been sitting around since August just needing to be washed, joined recently by a third. Three shirts just need buttons, though I put them on one this morning to wear to work. And of course, instead of finishing up that stuff or sewing up the fabric that's been cut already, I start something completely new, thinking it would be a fast finish. Which it will be, a simple skirt with only five pieces, one of which is interfacing, but then it was time for dinner and not too long after that, bed, so it's still sitting on the sewing table rather than in my closet. It will look amazing with a shirt that is still in uncut fabric form, waiting for its turn for the cutting board. Sigh. I'd better get on that! 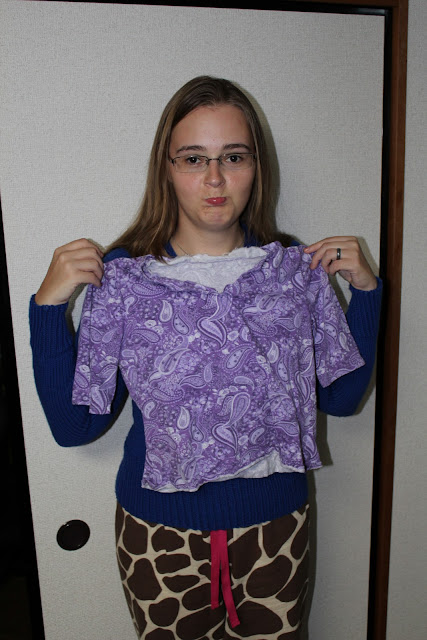 I also managed to destroy a brand-new worn only once shirt because apparently I did not pre-wash the fabric and it shrunk. I can still wear it, but now it's a belly shirt. Which I should probably not wear. Wharrrrrrrgarble!

Posted by AnaMarie at 8:10 AM No comments:

Biscuit Blanket (with Bread) and a Topflappen

I made this awhile back, for a Thanksgiving party, and never actually photographed it in use. It's much prettier when used rather than lying flat like a sad little blanket. I had a housewarming party to go to and decided to make a walnut bread (Joy of Cooking's Nut Bread) and this was the perfect way to transport it. I even managed to remember to take pictures of it before I left! 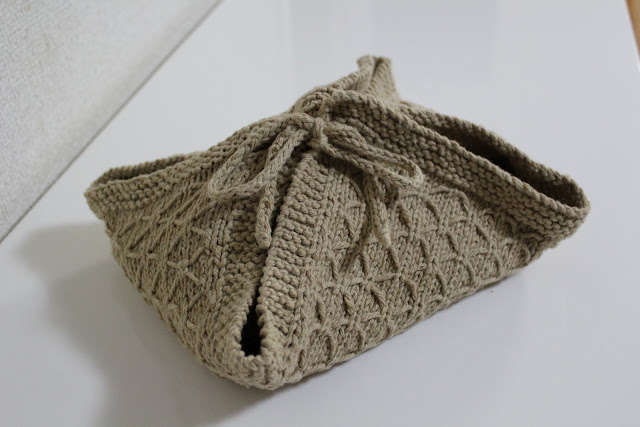 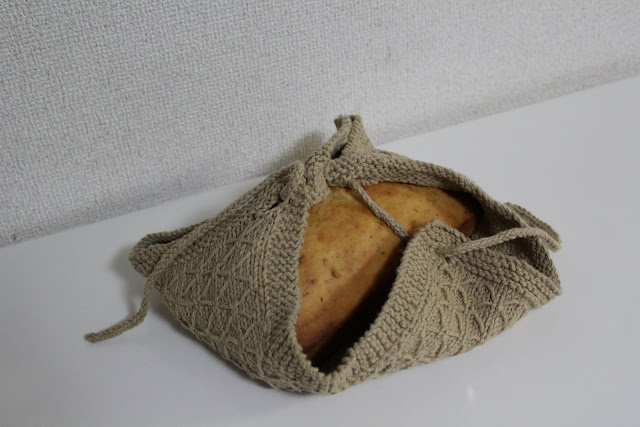 In addition to finally photographing the Biscuit Blanket, I made a potholder (Topflappen in German) as a housewarming gift. Originally, I had wanted to do two, using the same colors but switching the main and contrast colors,  but ran out of time when I had one center bit of each color done. They are small and quick projects, but very few projects are small and quick enough to start the project, experiment with it, rip one mostly-finished center, and then re-do on the same day, especially with the number of times I had to rip back because I missed an increase on the row below or somesuch. I don't crochet all that often. I will be making a few of these for Christmas, so it was a good excuse to test out the pattern and use up some available yarn. When friends left Japan this past summer, I was given a pile of yarn including a bunch of DMC Senso. I haven't put it into my stash because some are partially used and they have large cardboard bobbins in the middle making it difficult to weigh how much yarn there is, but they are great for potholders! I did a bit of Facebook snooping to see what colors could match my friend's kitchen, and upon finding a couple of kitchen implements in lime green, decided that of my available colors, orange and green should work: 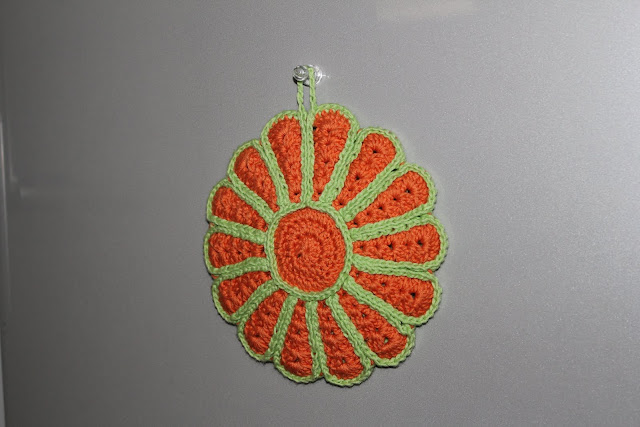 Pattern: Gehaekelte Topflappen (Rav)
Yarn: DMC Senso Microfiber Cotton
Hook: 3.25mm/USD
Timeframe: September 3, 2011.
Mods: I made a 14 petal flower and went around the center with the contrast color too.
Problems: Not really problems so much as figuring out which translations/modifications I wanted to use! Final pattern I used is here. 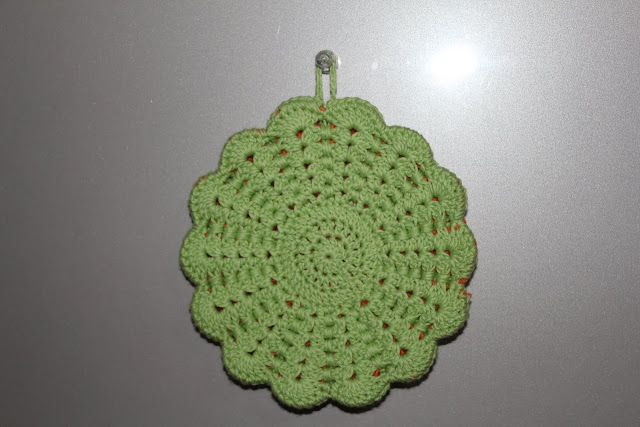 Posted by AnaMarie at 4:31 AM No comments: