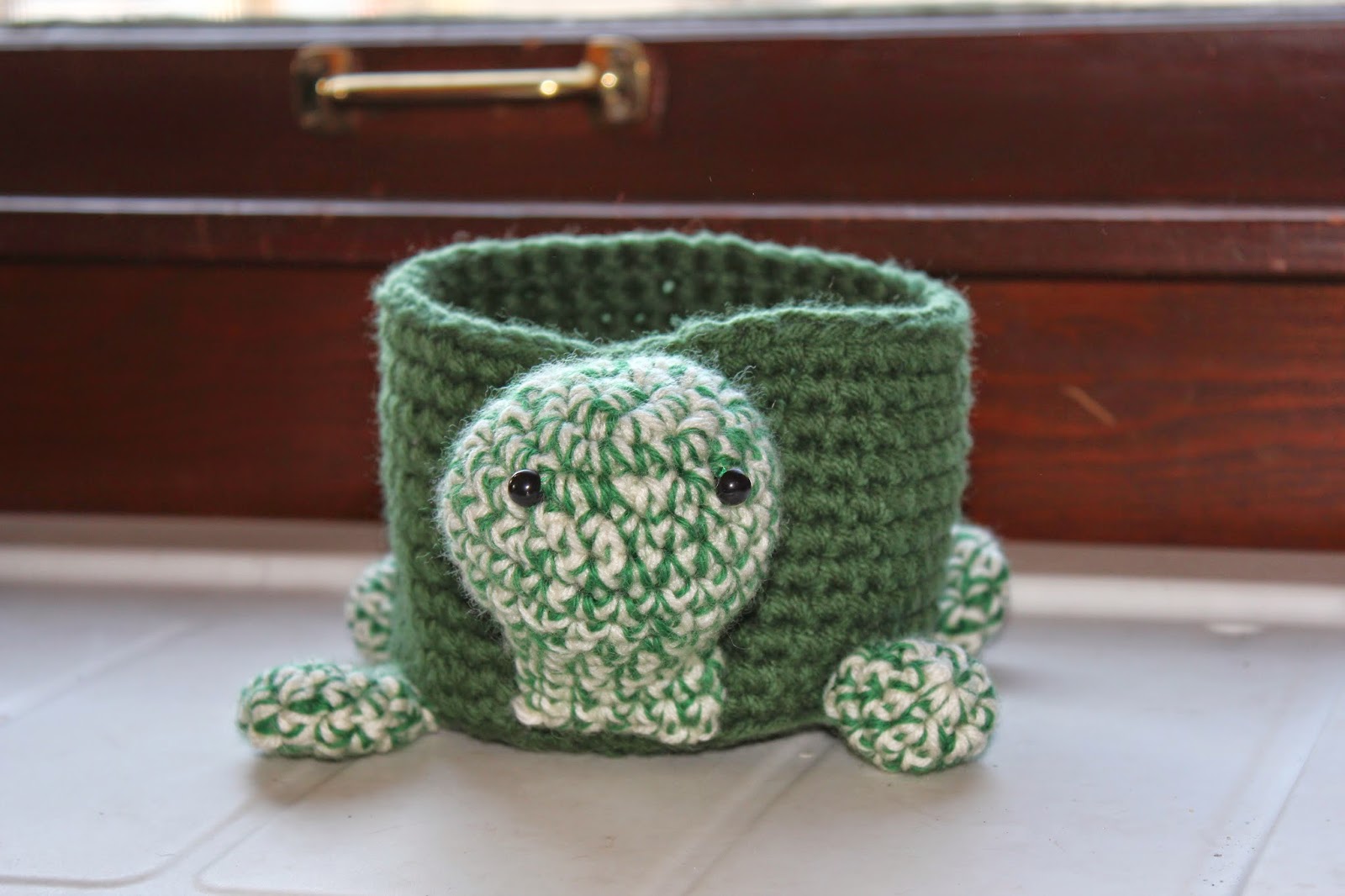 I did end end up making the requested turtle bowl and another one for a different sister. The second has eyes that are possibly to close-set, but it's kind of cute. 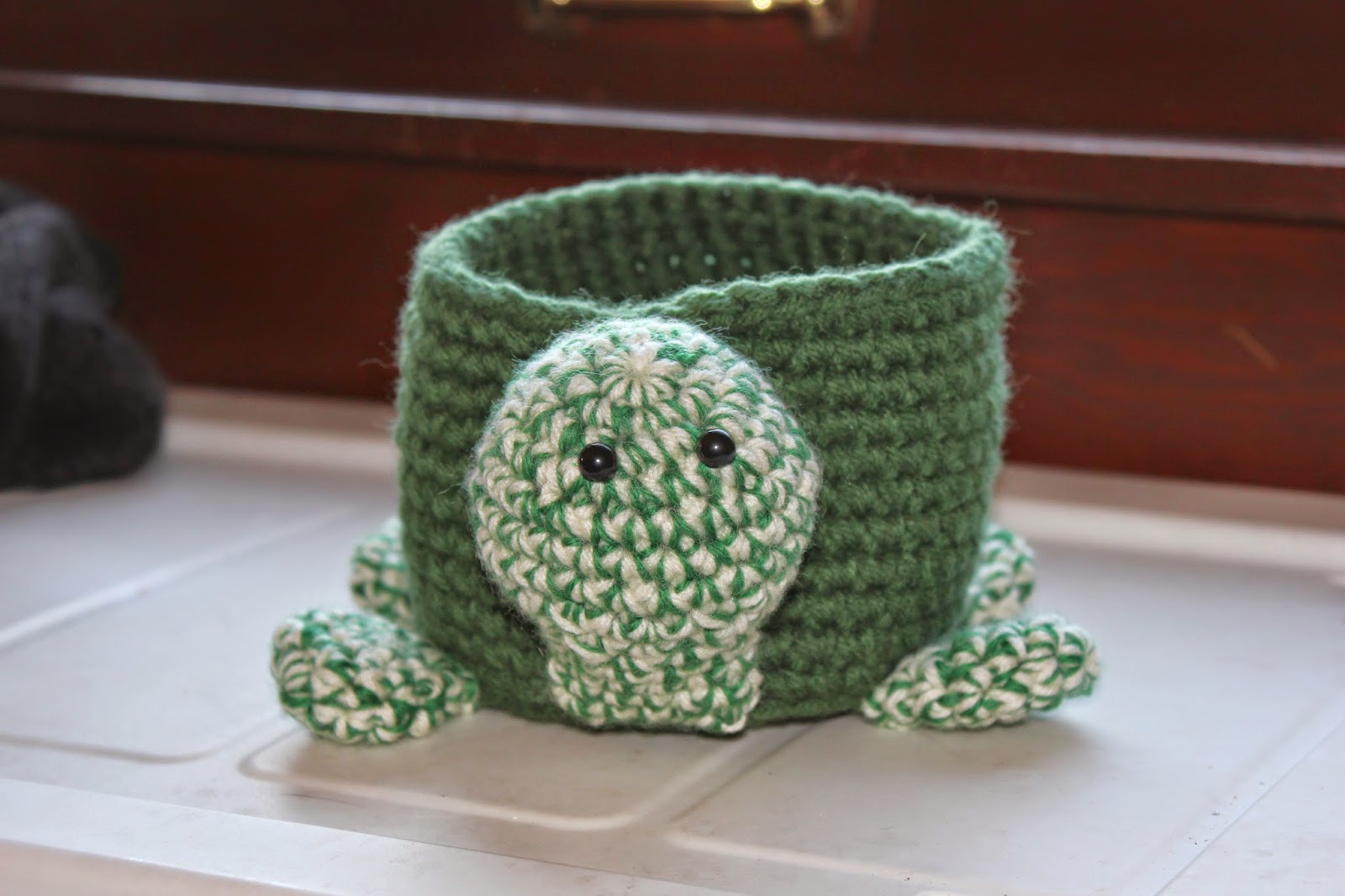 I went to Jo-Ann's to use a 50% off coupon on a squirt bottle to make vinegar/water window solution. They didn't have any. So, I got some Heartland to try sooner than intended. I then cast on for Thujas for me much sooner than intended, that evening: 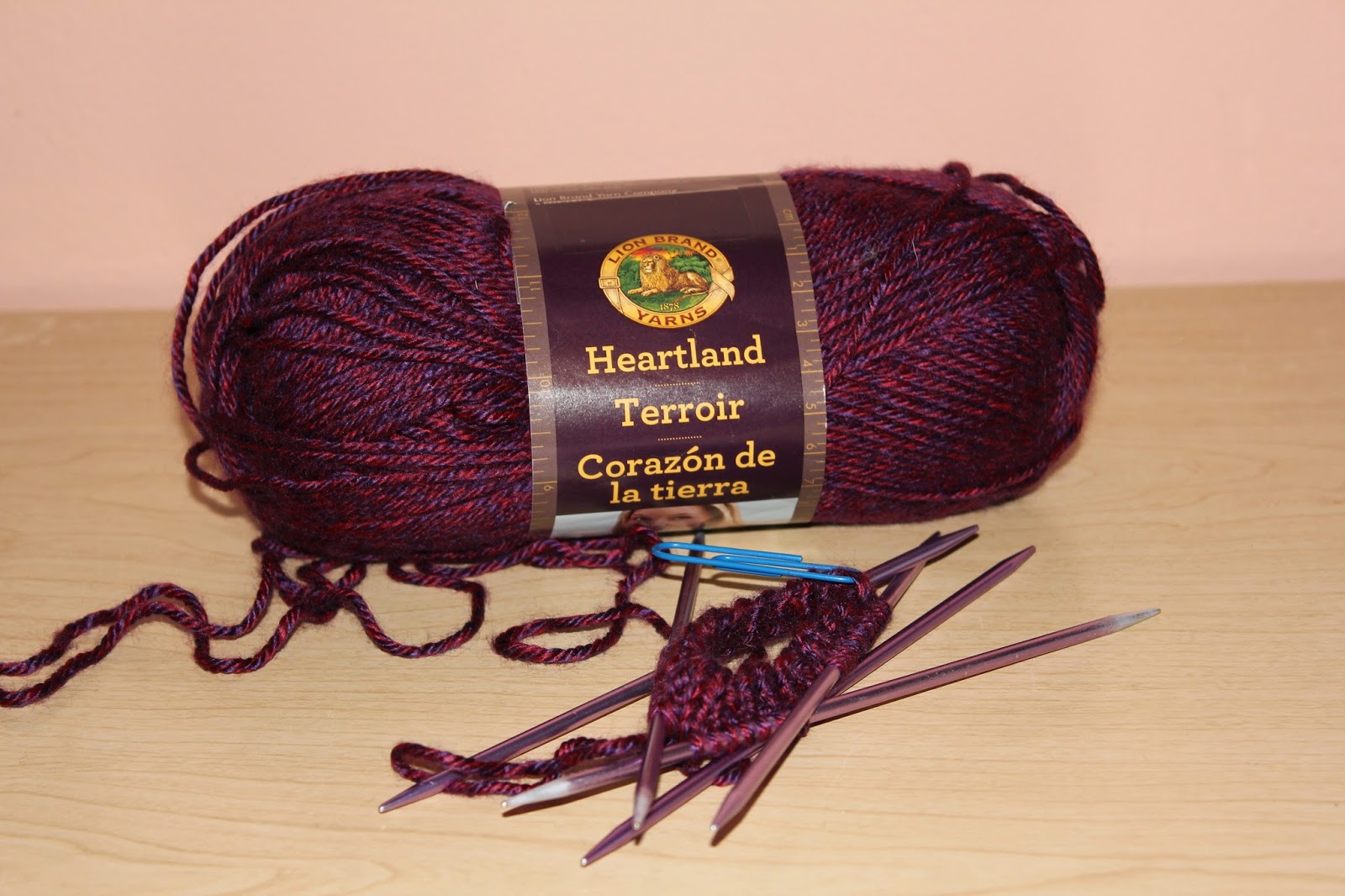 I went through my jewelry recently and want to send the discards to my sisters to go through before giving the rest to Goodwill. I won't see them until Thanksgiving, and they live a few hours apart. I realized that this coming weekend is Easter, and if I can get the jewelry to one by this weekend, they'll be seeing each other and can easily share it around. Then, I realized that one requested a Turtle Bowl and another one would probably really like one, so I started two of those: 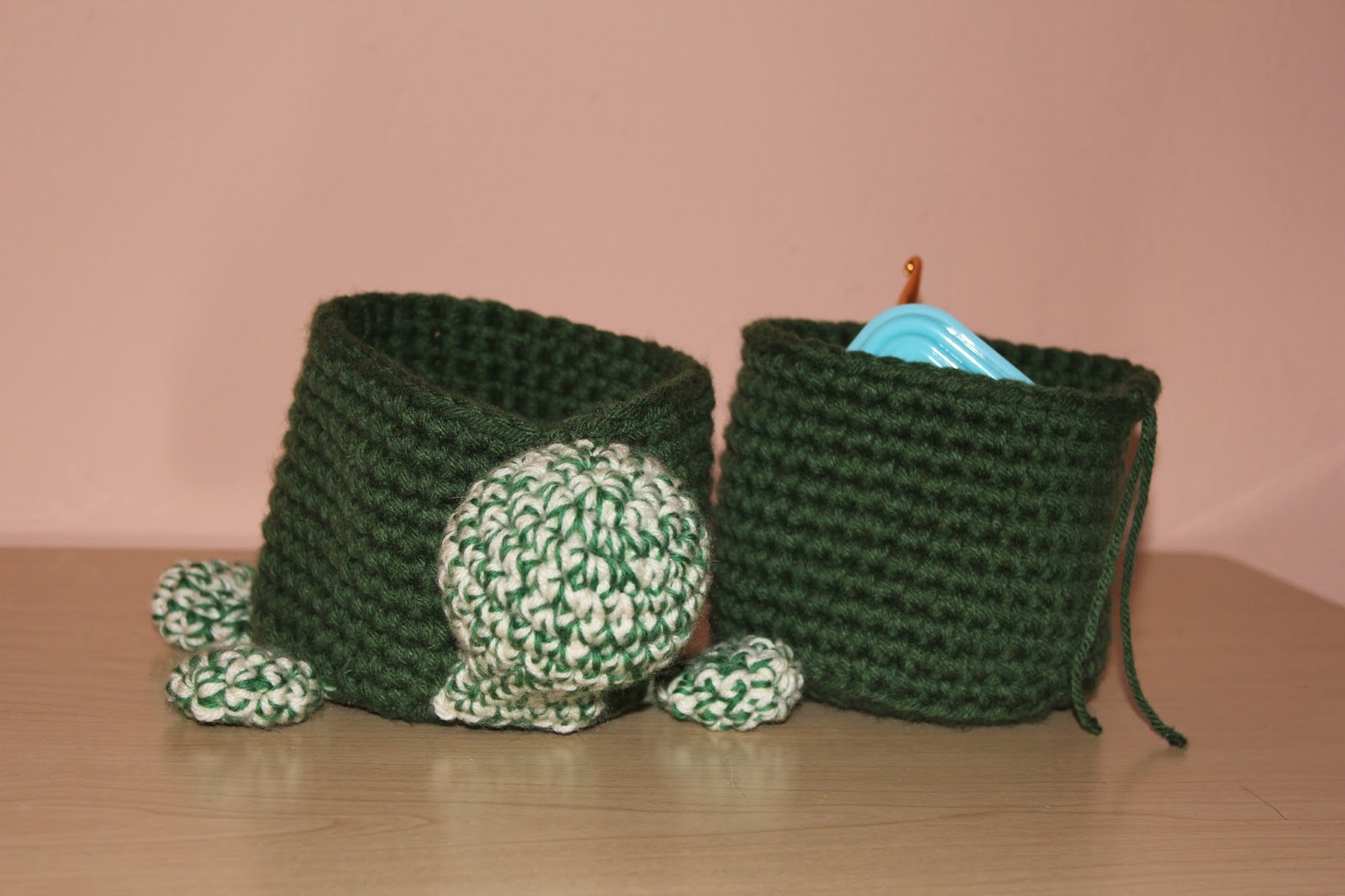 I'm hoping to get the bowls done ASAP so they can make it there this week. The Thujas are coming in handy because the lace ruffle requires a bit more looking than I like during lectures every right side row. I can get a wrong side row done, then switch to the Thujas and do the right side when on the bus or walking or in a large-room seminar-type lecture. I almost resisted the cast-on bug, but then I remembered my goals for this year and just went for it. It'll all get done eventually anyway, right?
Posted by AnaMarie at 10:19 PM No comments: 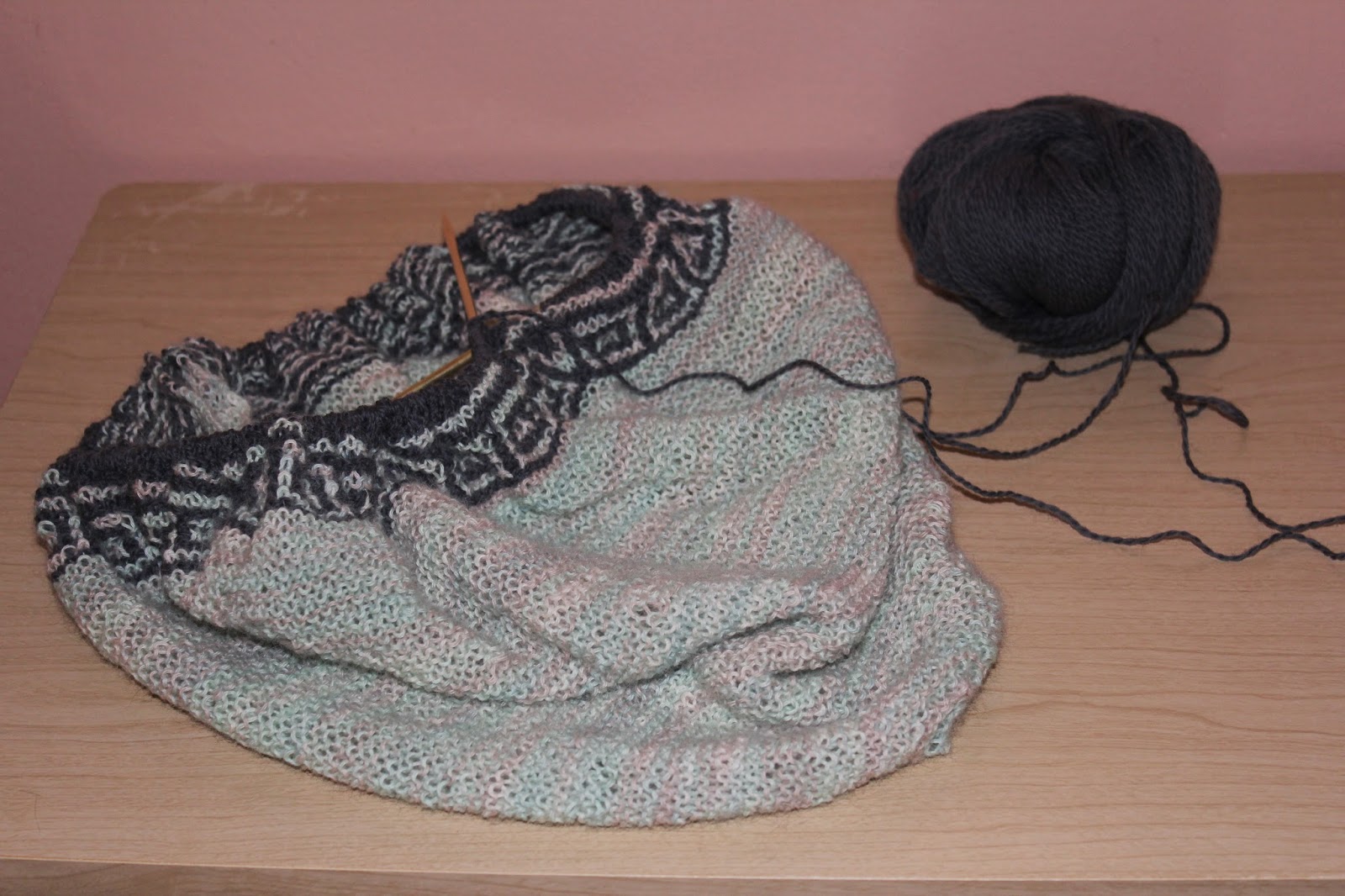 Except that sock over there looks nice. And there's always a couple more WIPs waiting around. Oh, and I should start on that blanket for that wedding this fall...
Posted by AnaMarie at 8:52 PM No comments:

I had a couple of professors write letters of recommendation for an important position, so they both get thank-you Thujas. I already had one pair hanging around, so I needed to knit a second. It went VERY quickly: 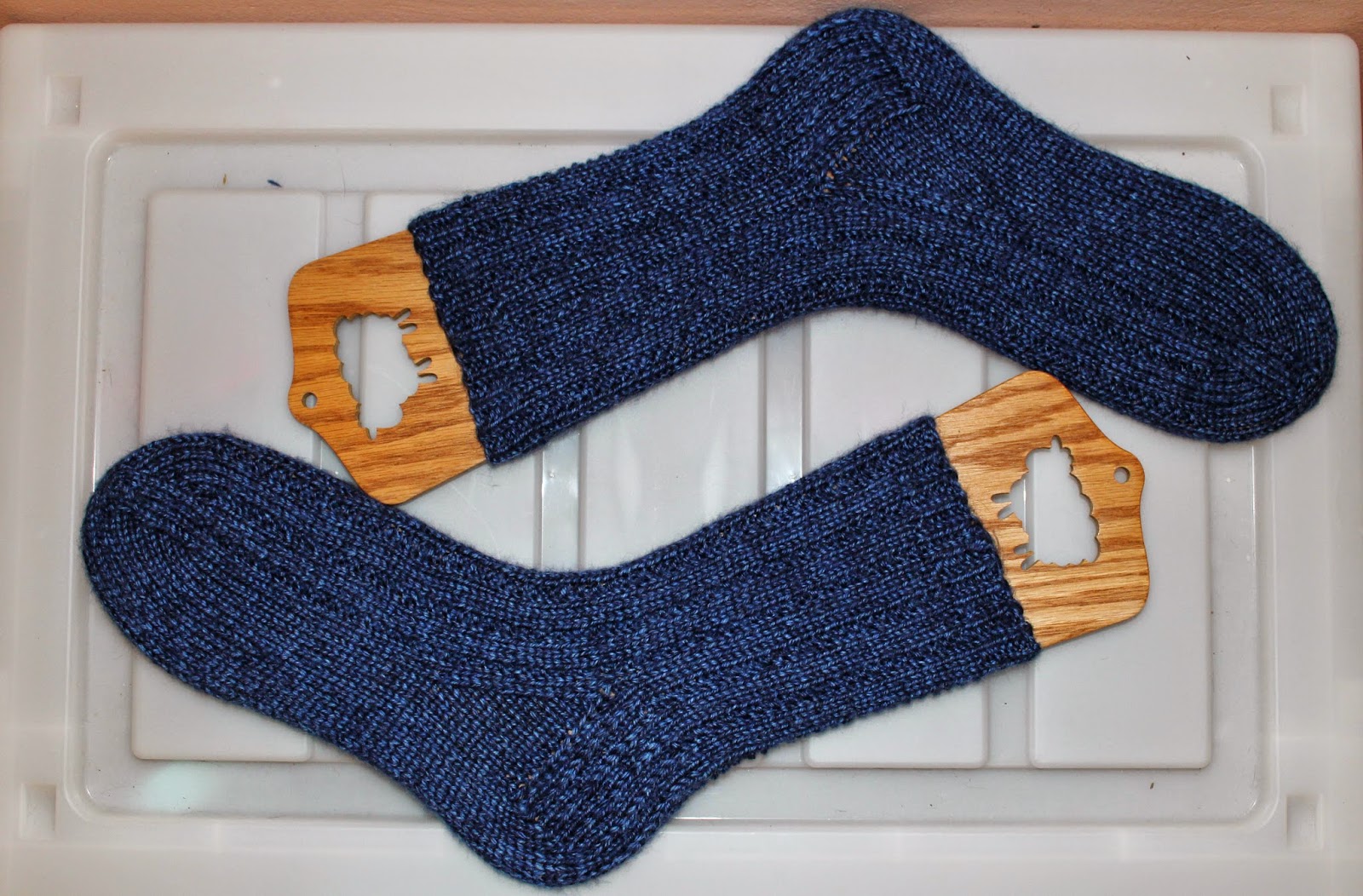 Pattern: Thuja (Ravelry mine)
Yarn: Lion Brand Heartland
Needles: US6/4.0mm
Timeframe: April 1 - 3, 2014
Mods: I didn't have the pattern with me when I turned the heel so I made up the numbers. It was close.
Problems: None! 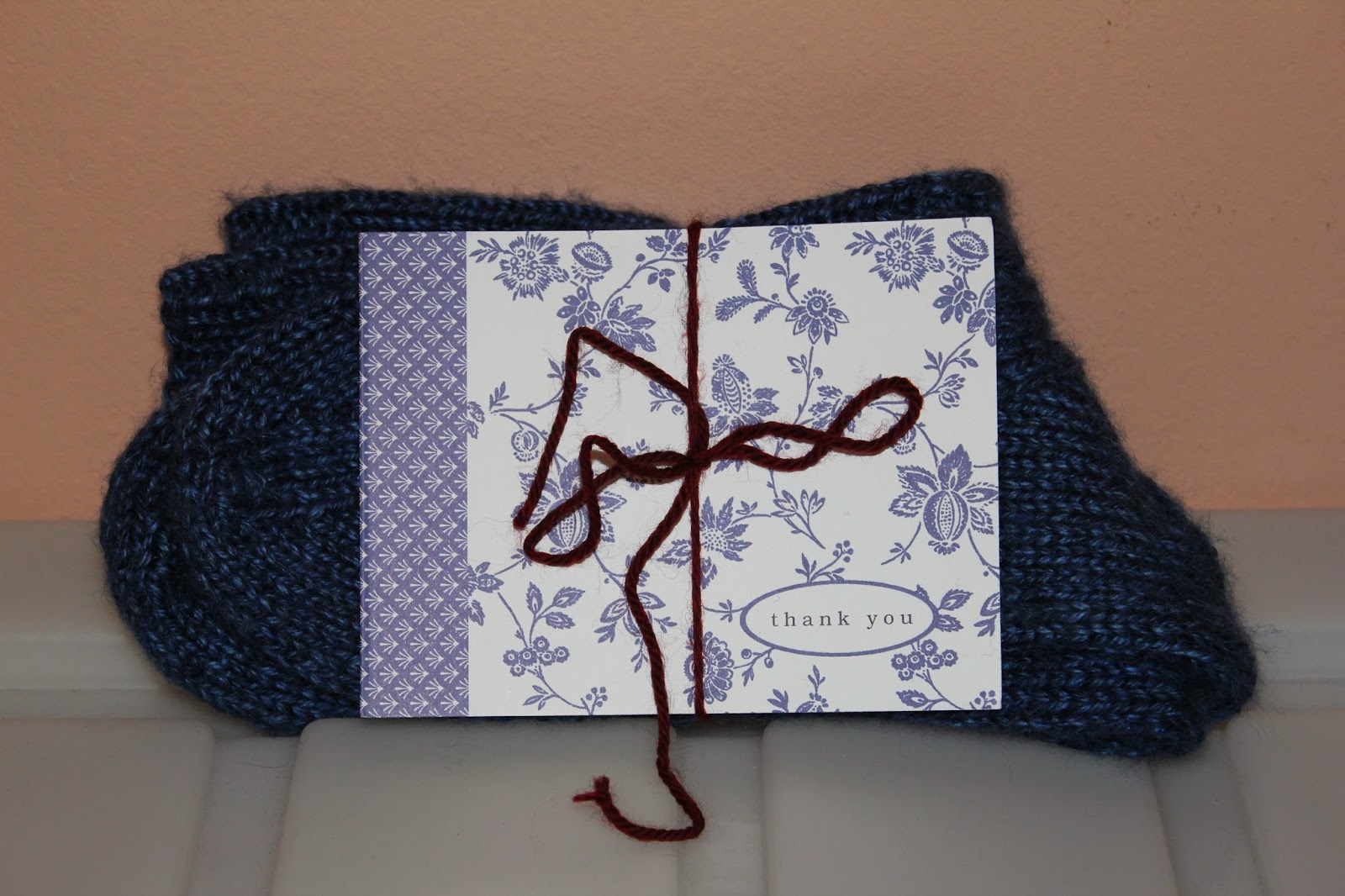 About the yarn: I love it. It's a new (to me?) yarn that looks more expensive than it is, has generous yardage for worsted weight socks, and makes a nice fabric. I think I'll get some to make a pair for myself to check the wear before I make this my official go-to yarn for these socks. Soon?
Posted by AnaMarie at 10:01 AM No comments:

Win Some, Lose Some

I thought I was on a pair-per-month sock knitting roll. I tried a yarn/pattern combination I've had for a few years for The Loopy Ewe's Spring Challenge. It seemed to be the perfect timing, given the pattern name and the fact that I got the pattern and yarn from The Loopy Ewe's Sock Club. The actual knitting did not fall into place so nicely.

Typically, I will knit yarn that comes in hanks (technical term for loops twisted back on themselves) from the hank, untwisting the yarn to knit and twisting it back up again when I'm done. Sometimes I'll hang it over my arm, sometimes I'll unwrap a few loops and wrap the rest up to sit in my bag, sometimes I leave it open on a chair or on the floor. I've almost never had a problem with this method. Almost.

[Imagine a picture of blue, green, white, and purple spaghetti here. Or ramen.] 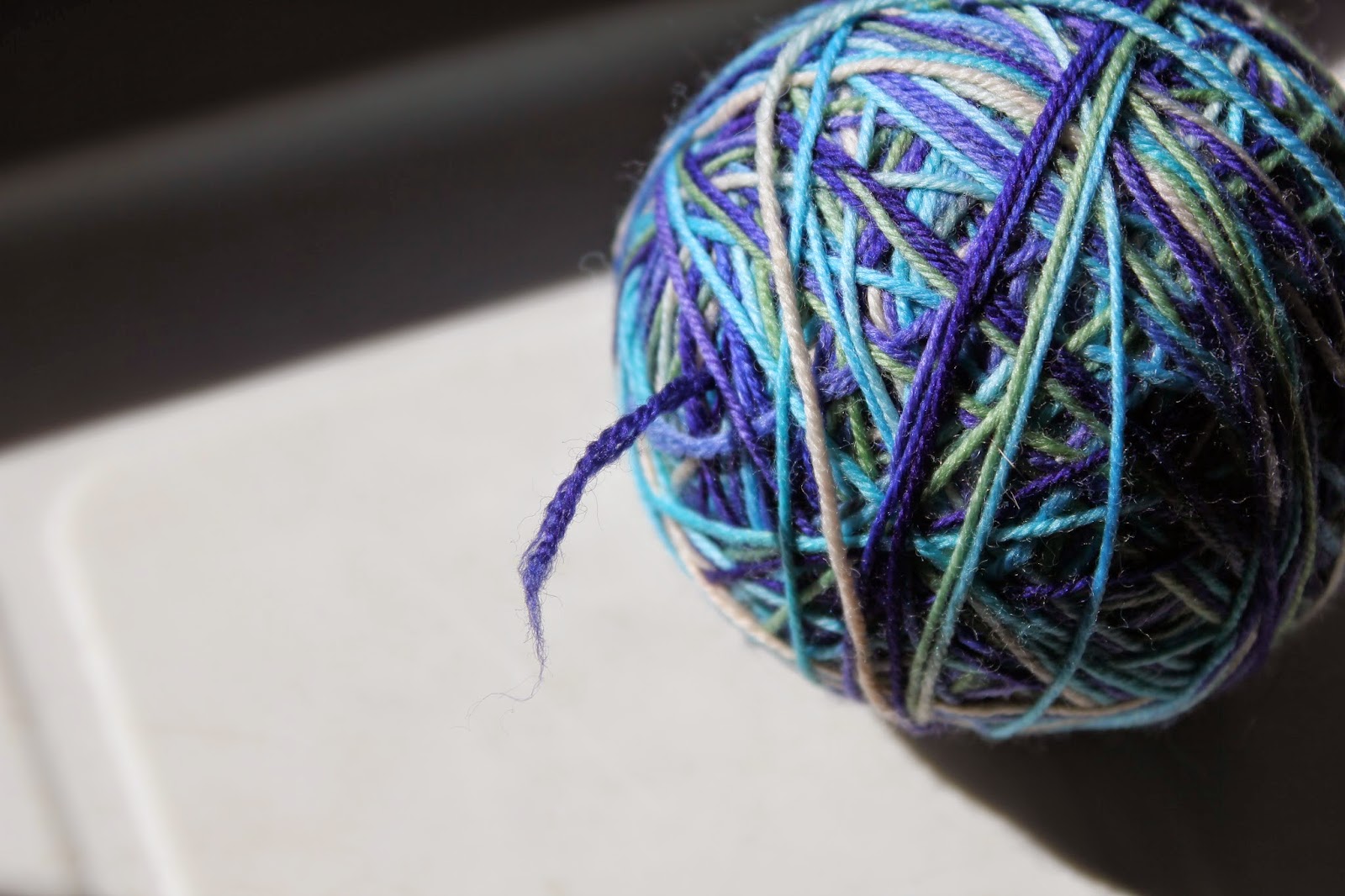 This time, while knitting in the line for the local library book sale, some of the yarn dove from my arm to land in a hugely tangled mess that did not want to cooperate. I wound it up into a center-pull ball, keeping the first few rows of the sock on the needles. As I was knitting, I learned I did something wrong when winding the center-pull ball (never had a problem before) and as I tugged the yarn free, it snapped instead of coming out.

The rest of the knitting wasn't bad. I knit through the Experience Hendrix concert, and the biggest problem I had then was getting so into the music I had to tink back every so often, and this was a simple 4-stitch repeat that just shifted every couple of rows. Good for knitting in the dark, not so good when you're enjoying the show so much you can't consistently count to three. 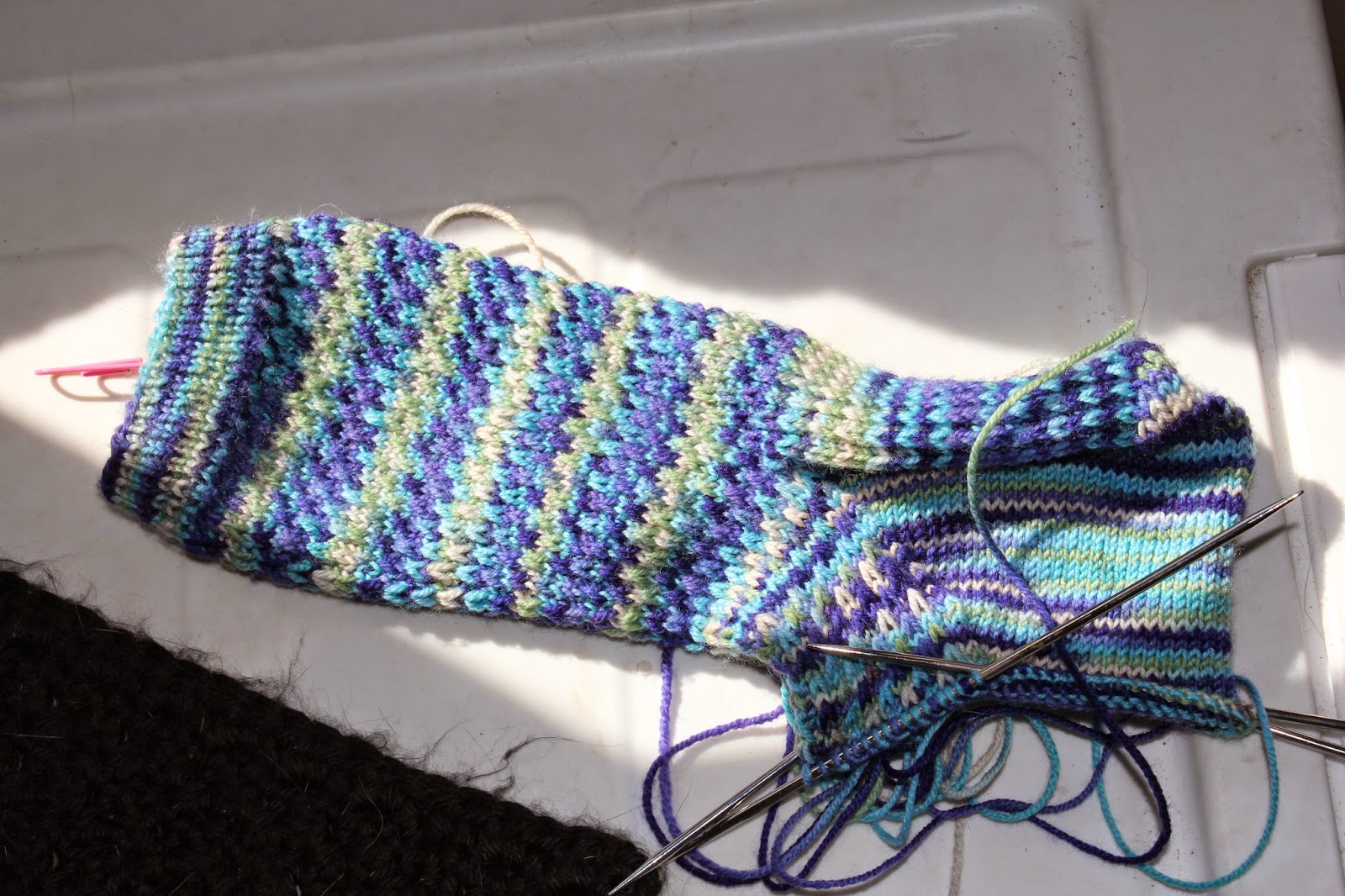 While I usually don't like it when yarn swirls, I like how it's swirling with the slipped stitch pattern in this yarn. When I tried it on, the slipped-stitch fabric is so firm that I can't get it over my overly-large instep. Of course. Given the lack of elasticity, I'd have to cast on so many stitches that the sock leg would be sloppy and not stay up in order to get it on. Back to the stash it goes! 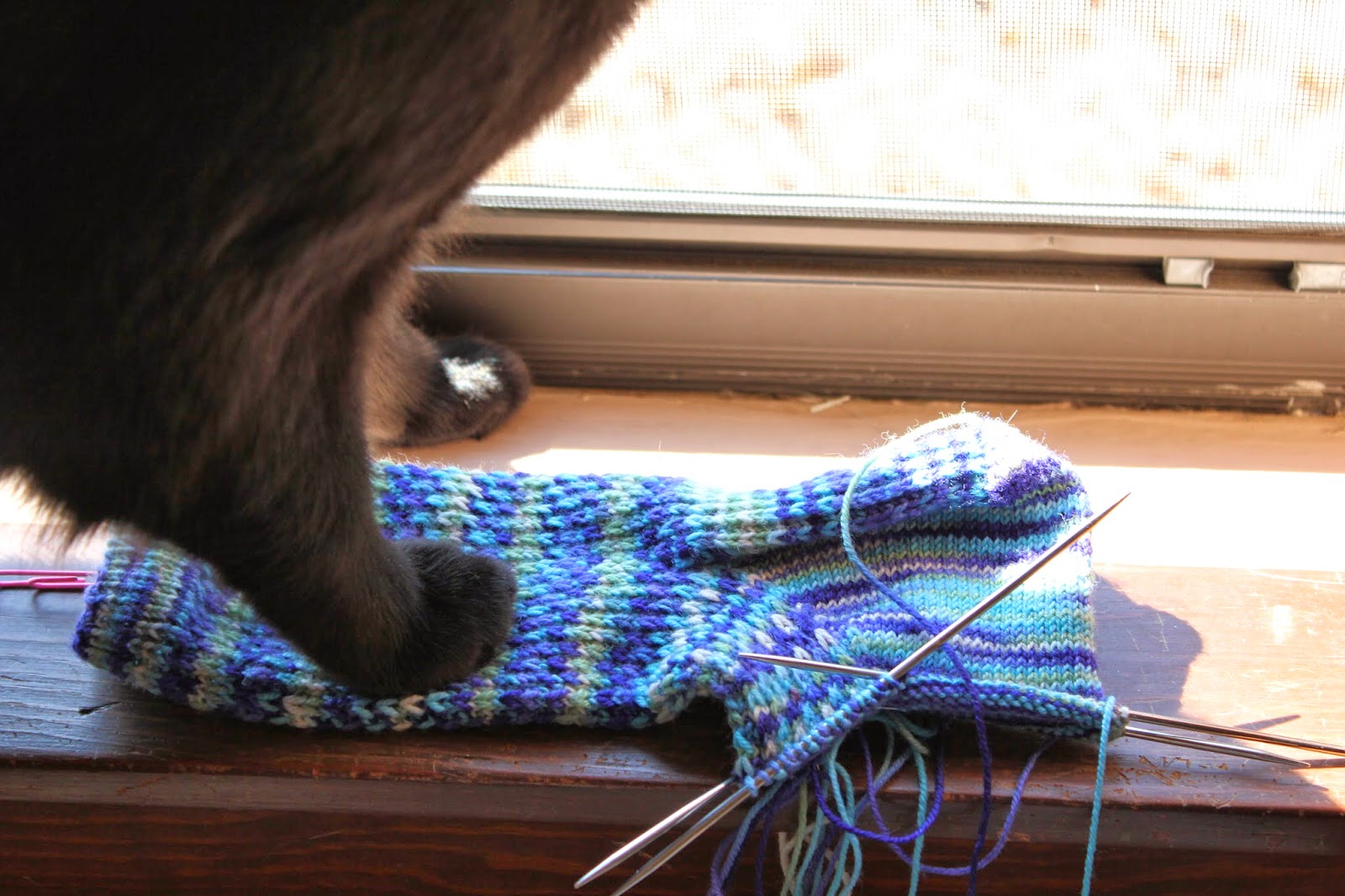 This month, I made two costumes for a turtle, finished a pair of socks, and a sweater. I did buy some yarn for a gift, but that'll be quick. With all of that progress, my yarn count graph has taken a pleasing dip:

I'm also quite pleased because my yarn is fitting perfectly in the places it's supposed to be in. There's typically a project bag (or three) out of place, some skeins that just don't fit into the bins sitting in a pile somewhere, or other craft-related messes that make my husband want to burn the lot. Now, all of the yarn I own is either sitting nicely in a bin or is in a project bag in one of the out-of-the-way places that the project bags are supposed to live. I've even got some extra space in one or two bins! Time for a LYS trip?