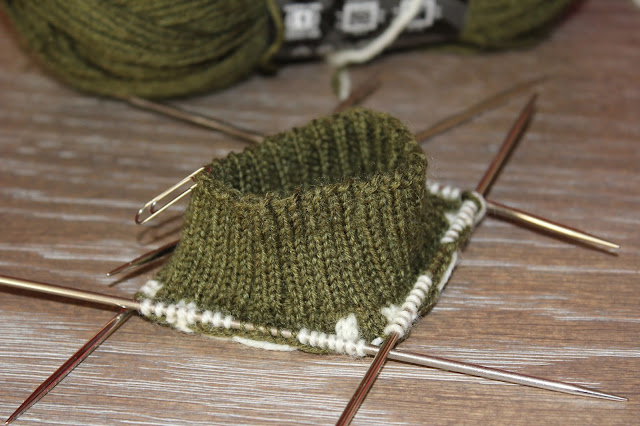 The size of my heel is why not. It is ever-so-slightly too small. Had I used a US2 or a US2.5, I would probably have been fine, but the US1, while making a very firm gauge, also makes a slightly too-small sock. For now, I think I'm just going to put this yarn aside so it can think about what it's done. 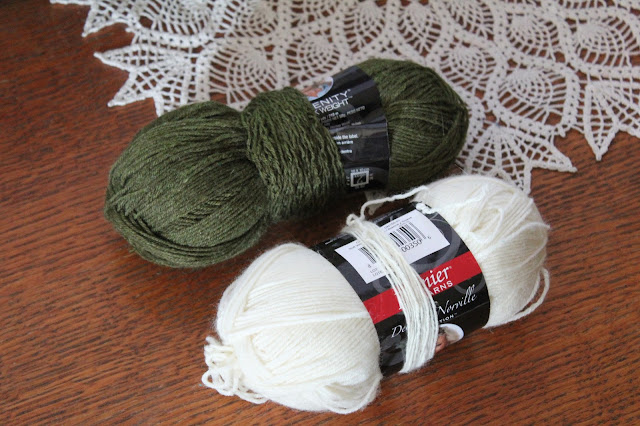 I think maybe it actually wants to be a striped t-shirt. Maybe that's why it's causing me so many problems!
Posted by AnaMarie at 11:24 AM No comments:

This time it's too big!

I'm getting a jump on Christmas with a dress/top for my niece. Version 1, way too big: 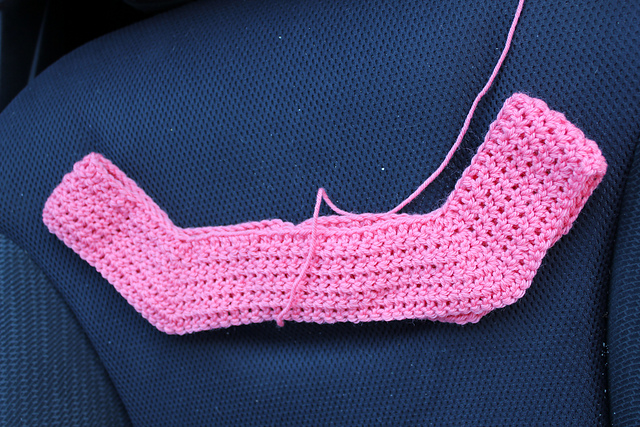 There's nothing that really shows the scale here, but it's on the seat of a car and could almost fit me - not suitable for a five year old! Trying again, one size smaller!
Posted by AnaMarie at 11:07 AM No comments:

The last two weeks got a little hectic for me. Just about everything in the Stash Dash preparation post looks the way it did back then - I didn't get those quick high-yardage wins I was aiming for, but they're still close. 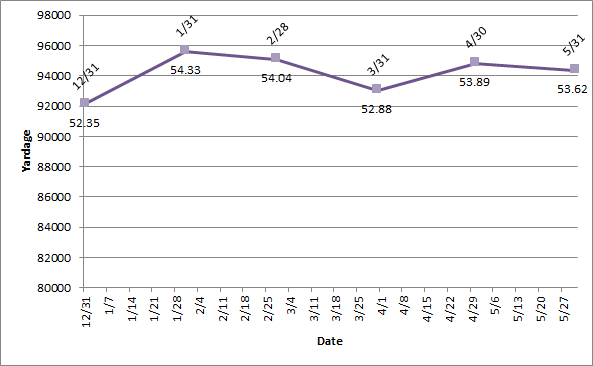 And the yarn count technically went down this month. A little. Remember when my goal was to get under 40 total miles of yarn? Yeaaaaaaaaaaaaaah.

Still hovering where it's been pretty much all month, with a couple of changes due to frogging and the two things I did finish. I've also acquired a large quantity of yarn this month, so I'm reconsidering how I want to keep track of projects and queued things. What I really want to do is comb through the ENTIRE stash and give an approximate number of all WIPs, UFOs, and queued projects. Approximate because you never really know when those two skeins of sock yarn are actually going to become one shawl instead of two pairs of socks or that you'll have enough leftovers from one project for three more small ones. Mostly, I want to change it up because there are a few things that have been coming out of the Deep Stash and some of the newer sub-stash yarns should probably head over to the Deep Stash - I got a lot of lovely bamboo sock yarn that is just not giving me gauge for the socks I want to knit with it thus far, and that shirt I just had to knit hasn't yet touched the needles.

And second fail. This project just is not going to happen! 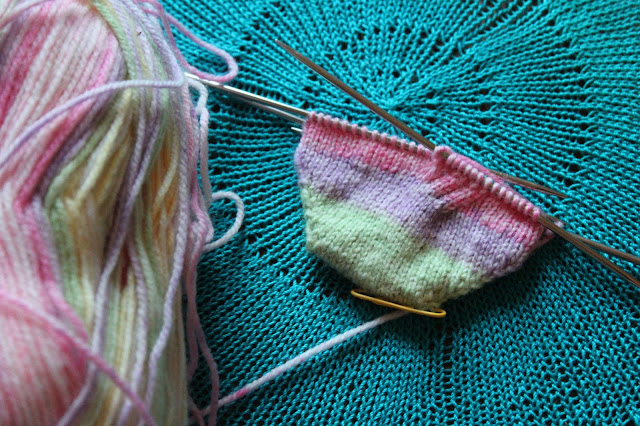 Again, the yarn that calls itself a DK weight wasn't giving me anywhere close to the required row gauge. The yarn and fabric it made was nicer than I anticipated, and I very much considered just knitting until I was happy instead of following the pattern. I decided not to. Now I just need to find something else to do with it. I think a Baby Surprise Jacket might work well!
Posted by AnaMarie at 8:20 PM No comments: