It's the last quarter of the year. I did so well with my August goal-setting and September crafting that I'm going to try some more:
The only one I'm pretty sure will be easy is #4. Not going to good yarn stores often certainly helps! While #1 gives me room for a couple of new projects to work on, grad school has been kicking my butt a bit and I can totally see myself casting on multiple things, trying to find something that is easy enough to do while reading papers. I'll try to keep it to a needs-doing project and a for-reading project, tying together goals 1 and 3. While #2 seems easy right now, I've got a bunch more things I want to start! It ties right in with #1, keeping the count down and hopefully finishing things. #3 is probably going to be the trickiest, because I have specific things I'm planning to knit, and I'm not sure how many of them will work for paper reading. Or how much time I'll have that isn't paper reading. Sigh.

Blurry kitty thief, because no blog post is complete without pictures: 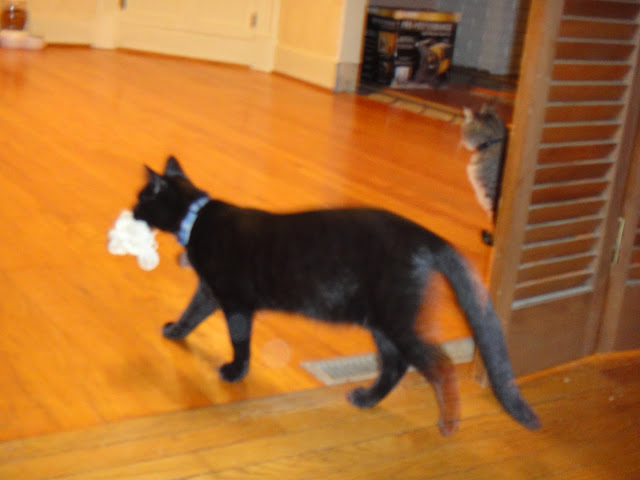 Of course! I made a catnip-filled ice cream cone, which Layla loved and cooperated for an excellent photo shoot: 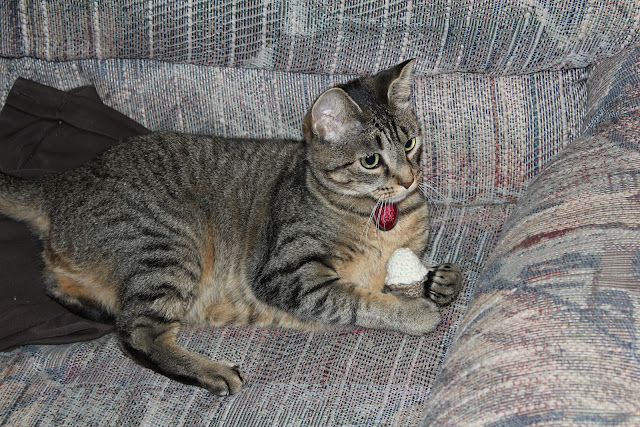 She held the ice cream cone and sniffed it a bit, wasn't quite sure what the purpose was: 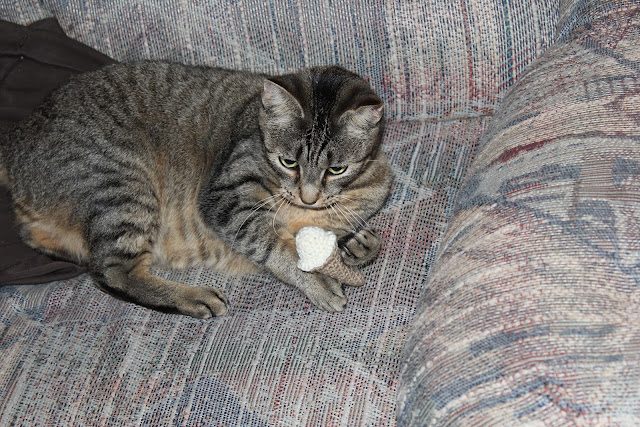 and then decided it was obviously something for nomming: 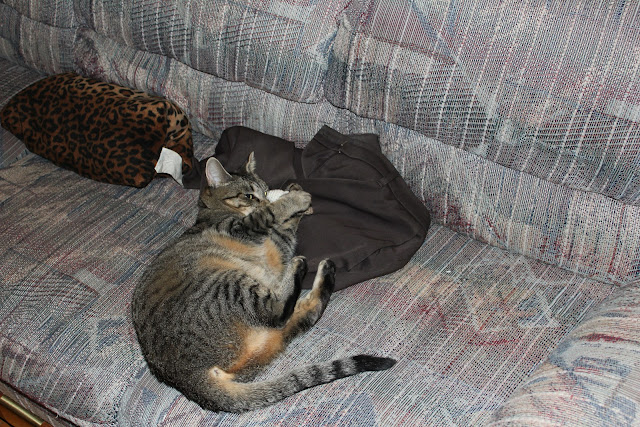 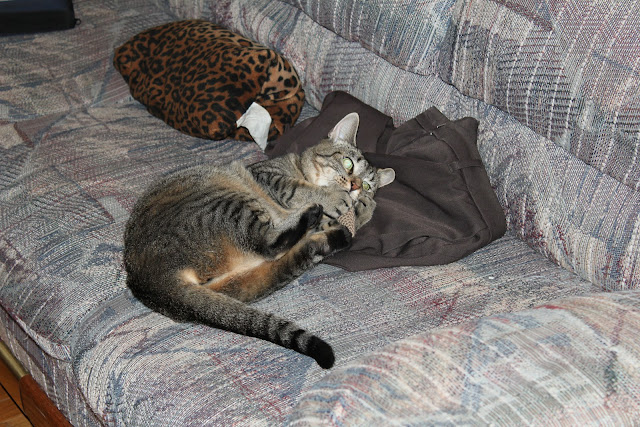 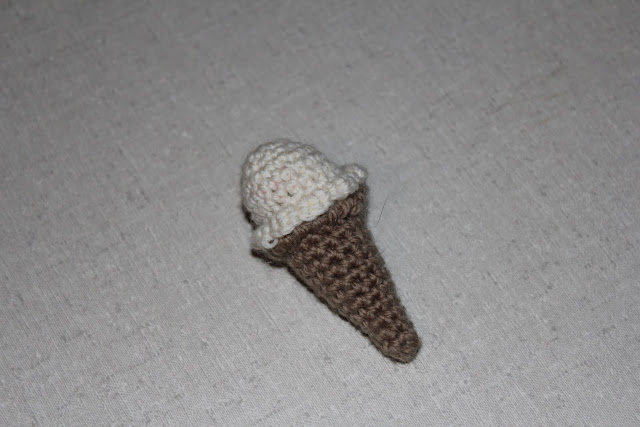 I also made another cat bed, larger than the first couple so Layla wouldn't need to curl up quite so much in order to enjoy it This size seems perfect for them to curl up in comfortably, rather than as tightly as possible. Not a good picture, and I'll be making another one of this size in blue, but here it is: 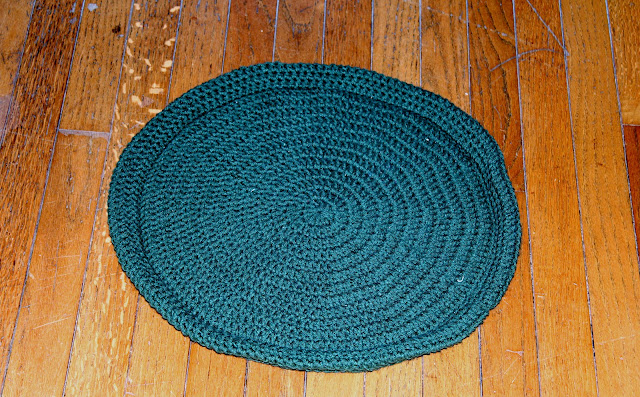 I don't tend to craft much for charity. I craft a LOT for other people (22 pairs of Thujas before I finally knit one for me!), but not so much for faceless charities. I had some extra acrylic from my mom's old stash and decided to use it as a thank-you for the local shelter where I got my cats. They don't like jingle balls, so I donated the pack of balls I got for them along with three blankets/cage pads. I considered donating some of the mice/fish I made as well, but the cats like them so much I decided to keep this whole batch. I have a few more skeins of the yarn, so I'll probably end up making some more for the shelter at some point, but for now, here's the three I made this past summer: I love this pattern, it's so fast and easy and looks rather nice. I'm planning to use the same pattern to make a pad for my cats to sit on when they sit by the window. So far we have my craft bins piled up under the windows so the cats have a place to sit, and a washable cover for them would be good. Maybe I'll get to that this month, they're fast!
Posted by AnaMarie at 12:52 PM No comments: