This was my first Vogue pattern, and really, I don't think it was very good. The chart was wrong, the sizing is way off, and I'm not all that happy with it. The theory is great and it is very nice and warm, so I've been wearing it almost daily, but I'm just not happy with it. 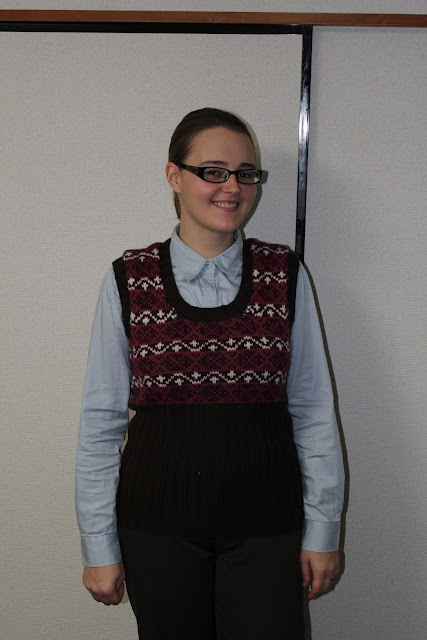 Pattern: #25 Rib/Fair Isle Vest (Rav)
Yarn: Patons Classic Wool, Taupe, Old Rose, Plum Heather, and Aran
Needles: US8/4.0 mm and US10/6.0 mm
Timeframe: January 12 - February 1, 2012
Mods: Added length to the bust section because many on Ravelry cut through the bust rather than going under it. Apparently I added a bit too much!
Problems: A few. Chart in pattern was wrong, or at least, made minimal sense and didn't match the photograph, so I fixed it by repeating stitches 1 - 12 rather than 1 - 19. I don't particularly like how it turned out either, it's a bit frumpy.

I always love the insides of colorwork, and am really, really happy with my Fair Isle knitting: 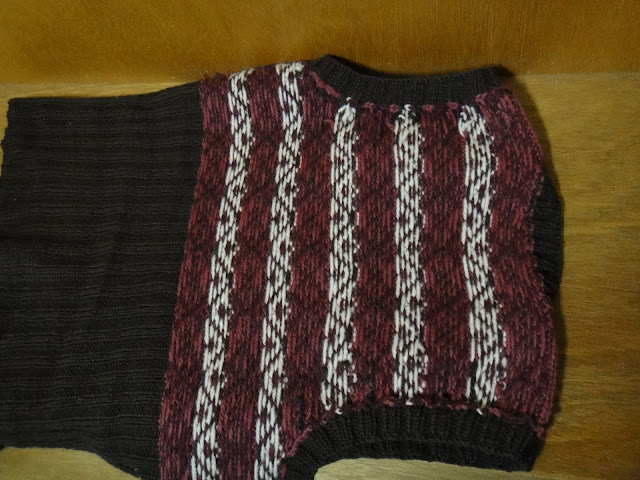 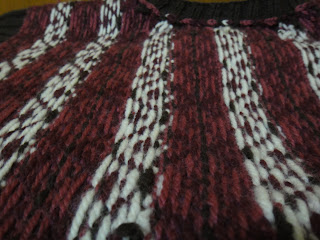 I plan to re-do the top of this vest, ripping all the colorwork back down to the ribbing. I'll be using a smaller needle, two fewer pattern repeats, and I plan to make the area before the underarm shorter. I will also knit it in the round and steek it rather than going back and forth; my gauge changed slightly between the in-the-round of the bust and the back-and-forth of the yoke. For the rest of this winter, however, it will keep me nice and warm! Next winter, however, it will be ripped and re-knit to fit me better - as-is, it's a bit frumpy and not particularly stunning or in the "wow, you made that?!" category that I'd like it to be in. I enjoy all three of my sweater vests, but none of them are terribly flattering or anything I wear other than as the middle layer, between my shirt and work jacket. Maybe the next one will be better...
Posted by AnaMarie at 8:21 PM No comments: 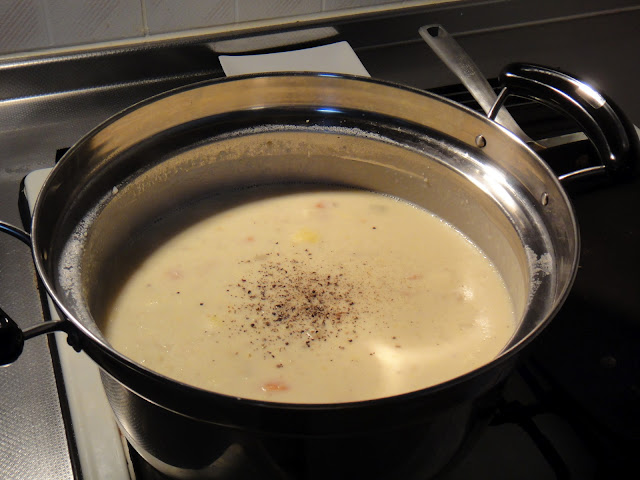 The soup made me so happy I had to take a picture. Very simple, very delicious, good for cold weather like we're having! Recipe can be found here.
Posted by AnaMarie at 2:08 AM No comments: 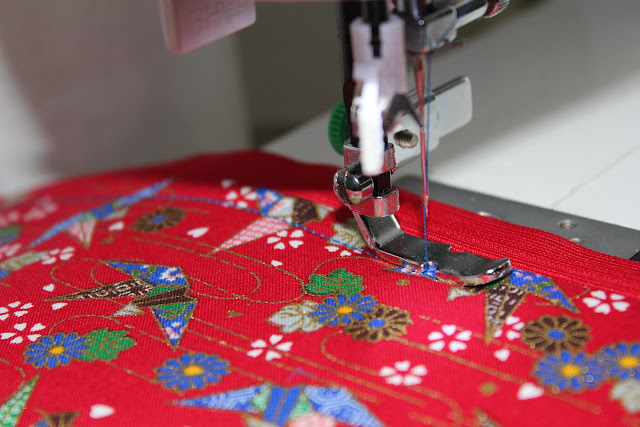 It puts in zippers! 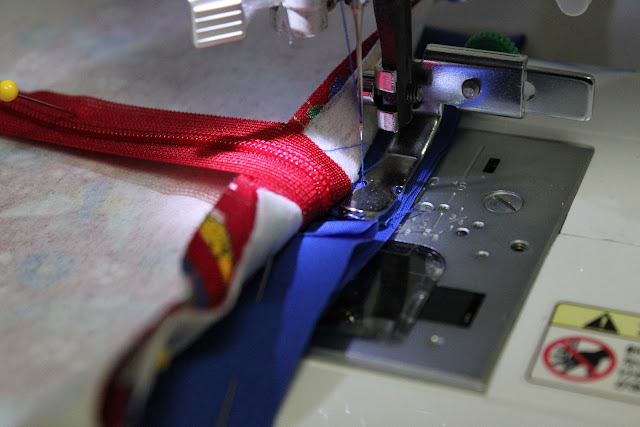 
It...makes julienne fries? Okay, maybe not. But I love, love, love it!

What am I working on in these pictures, you might ask? Stay tuned and I will show you - as soon as I buy more thread so I can finish it and take the last few pictures.
Posted by AnaMarie at 11:18 PM No comments: