I am a joiner. As if you didn't already know. I have a knitting blog, like most of the other knitters did a few years ago. Many have moved on to Instagram or podcasts, but I like written blog posts. 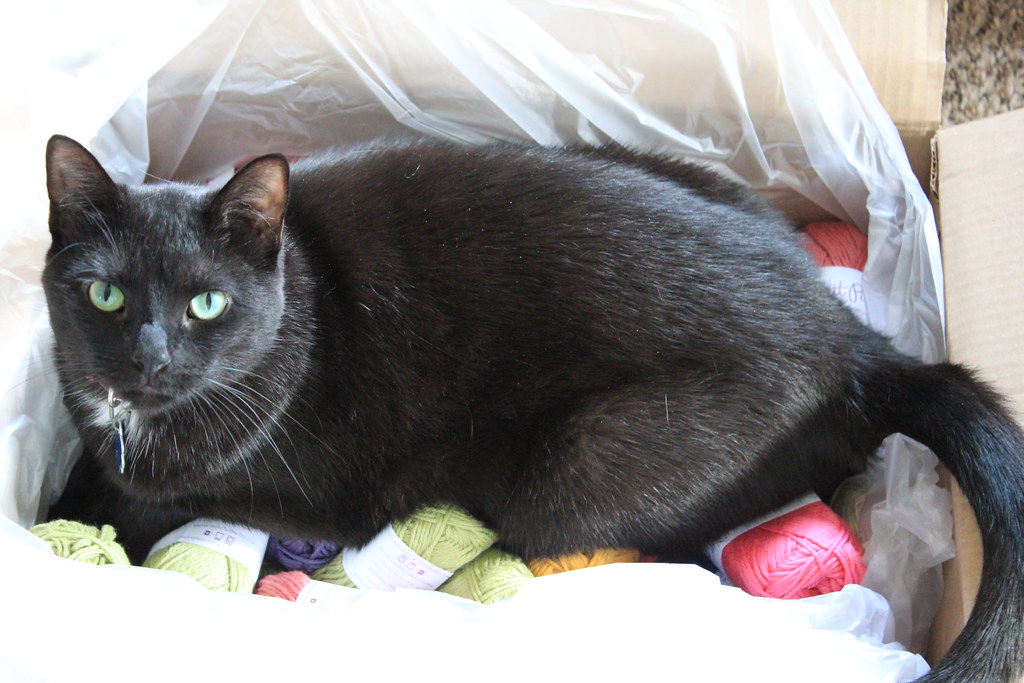 I also join -alongs all. the. time. I may not always keep up or finish in a reasonable amount of time (she types while glancing at the unfinished Secret of the Stole that could be in elementary school it's been a UFO for so long...), but I do like to join and often finish what I start. 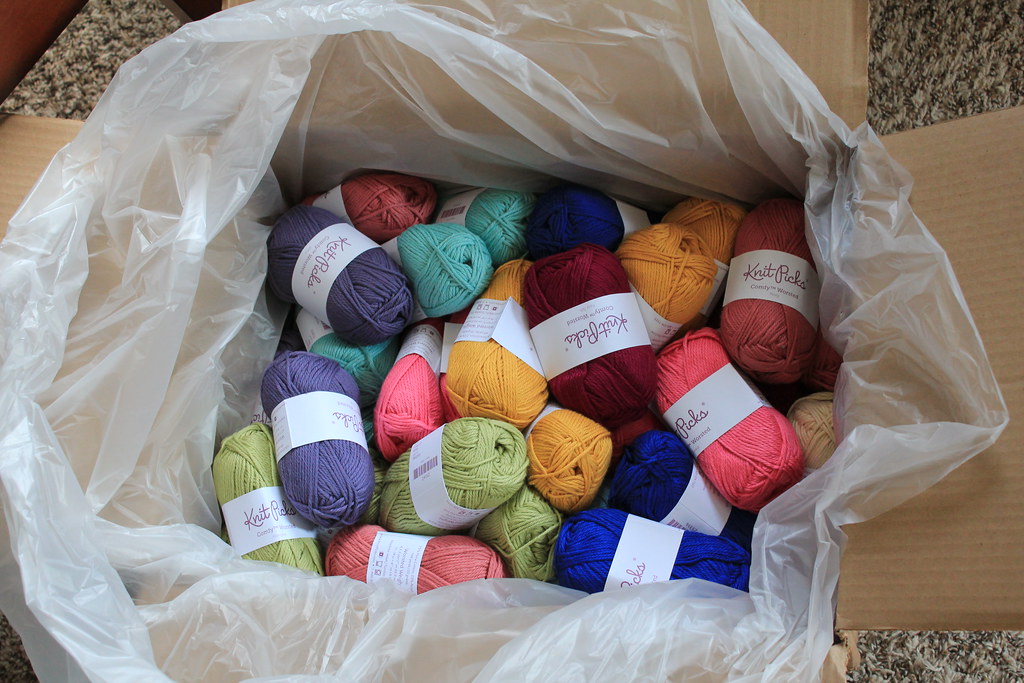 This time, I didn't choose to join the Alonging, I have some friends getting married and I thought that a mandala-style blanket would be appropriate for their wedding gift. My husband was the one who chose the pattern that didn't even come out for about a month after we chose it, is a crochet-along (though not a mystery), and won't actually be finished until about a month after the wedding. They're having a destination wedding followed by a most excellent honeymoon so I'm not that fussed by the timing. It's also the reason for September's massive yarn increase, over three miles of yarn is in that box! 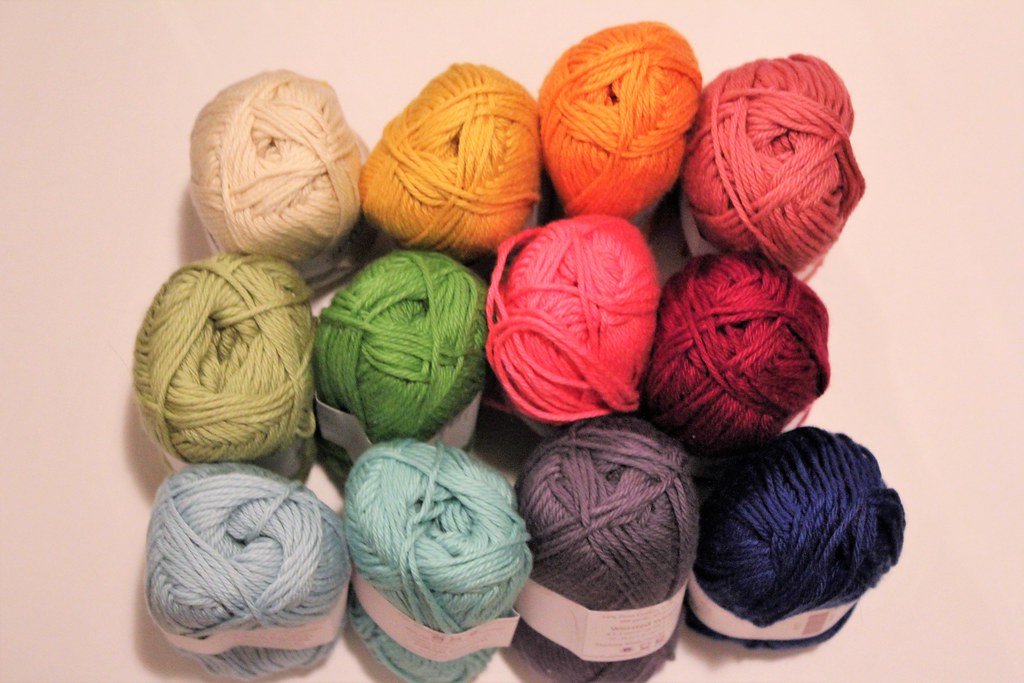 It will be absolutely glorious, even though you can't quite tell from my poorly-lit, slightly blurry picture of the palette. It's a more vibrant version of the original Lilliana (Ravelry) colorway, using heavier yarn so that it makes a larger beadspread-sized blanket rather than the throw that the original pattern calls for. 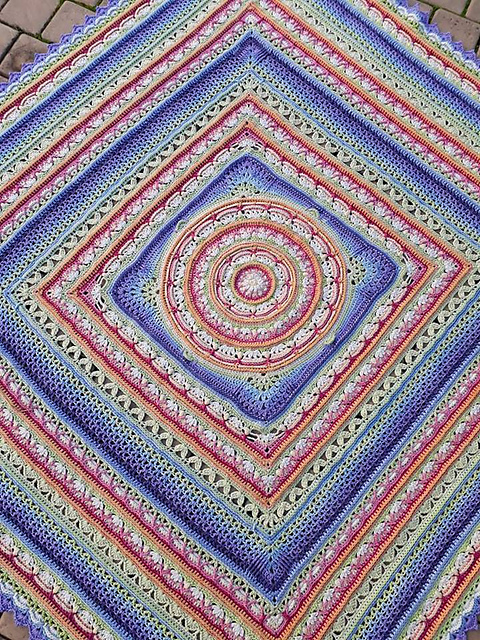 I hope they love it. I think I'm gonna love working on it!
Posted by AnaMarie at 7:09 PM

Thanks for taking the time to comment on my blog!